Apartments for Rent in Downtown Winnipeg

Downtown Winnipeg has it all. The story of the area dates back thousands of years, but you’ll find some of the most chic restaurants, clubs, and shops in Canada. When you live downtown, you live at the beating heart of the city - a place of endless possibility.

You can sense the history at The Forks, an ancient and storied area at the southeastern edge of Winnipeg’s downtown. The area has been used for thousands of years as a gathering place for First Nations people, fur traders, and now for Winnipeggers of all stripes. As you wander the area where the Red and Assiniboine rivers converge, you’ll be greeted by all manner of sights, sounds, and smells. Visit the Forks Market, where you’ll find a global selection of incredible food. Enjoy the sounds from diverse buskers as you stop in for a cup of coffee, or warm up in the warming huts as you skate down the River Trail. See the Winnipeg apartments we have to rent in the
Downtown area.

Great locations and superior tenant services are what set us apart. Once you move in, you won’t want to leave. 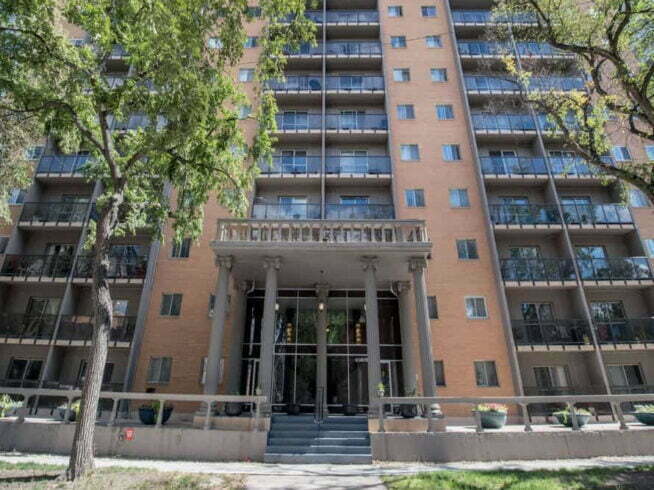 Head to The Forks via the River Walk, enjoy a dip in the indoor pool, and… 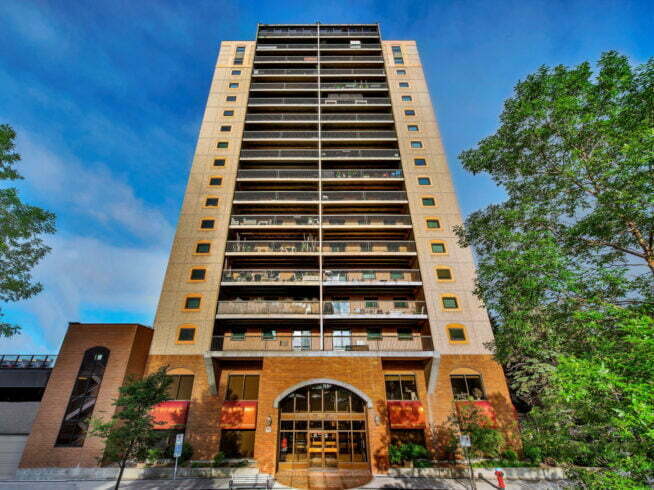 Featuring some of the largest suites available, and only minutes away from every amenity Downtown Winnipeg…

As you head northwest, you’re greeted by an amazing sight: the Fort Garry Hotel, one of Canada’s historic railway hotels. Soon, you hit Portage and Main, the downtown core. Home to the Winnipeg Jets and the MTS Centre, this area, sometimes called South Portage, is Winnipeg at its most modern. There’s a startling array of architecture, from Winnipeg Brutalism to buildings in contemporary styles. Many Winnipeggers choose to live, work, and play in the area. You can enjoy a wide array of food, nightlife, and experiences, blocks away from the offices of some of Canada’s most important companies.

To the east, you’ll find one of Winnipeg’s most exciting new areas: the Waterfront District. Scenic walking and biking paths will take you along the Red River, through the urban forest, to Stephen Juba park. From there, you’ll be able to visit some of Winnipeg’s most celebrated restaurants, like Hermanos and Carnaval.

To the north of the downtown core, you’ll find the Exchange District, one of the most exciting places in Winnipeg today. As you walk through the District, you’re greeted with buildings in the Chicago and Beaux-Arts styles. On many of the buildings, you’ll find breathtaking hand-painted advertisements dating back to the turn of the 20th century. Home to Winnipeg’s Innovation Alley, a hub for tech entrepreneurs, the area houses part of Red River College, a plethora of restaurants and bars, and unique stores and boutiques owned by local entrepreneurs.

North of the Exchange District, you’ll find Winnipeg’s Chinatown. Enjoy scrumptious dim sum at restaurants like Noodle Express. As you meander down the streets, you’ll find shops selling wares you won’t find anywhere else in the city. You might even catch a lion dance and some live music by the steps of the Chinese Cultural Centre!

When you’re downtown, there’s something magical to be found everywhere you look. Living downtown means easy access to all of the best things the city has to offer, from the Millennium Library to the many malls, shops, and offices in the area. Winnipeg is the Heart of the Continent; Downtown is the Heart of Winnipeg.

X
Please note that the amount calculated is not a requirement. It is just a guideline.
$
Calculate Rent
Recommended Rent
$123/mo